TCK Life on the Flipside

I’m part Kiwi, part Italian and British, have Dutch grandparents, was born in New Zealand, grew up in Turkey, and came out with a hard to place accent. I grew up among worlds; I’ve become a nomad. I’m a Third Culture Kid (TCK).

A TCK is someone who’s spent a significant part of their childhood or youth growing up in a different country. It means being part of a wider unique sub-culture, shared by others who’ve likewise experienced internationality. 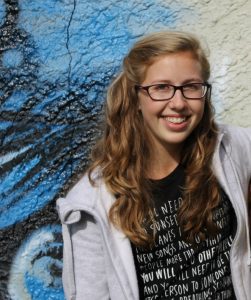 Eastwest College recently hosted an inaugural camp for transitioning TCKs.  Our mutual experiences and life stories enabled us to form an instant and deep comradery.  Many a TCK can curse convincingly in several languages. Our accents change depending on who we talk to. Our birthday’s last longer due to time zones. We can rank the best and worst McDonalds from different countries, and our passports look like they’ve been through hell and back.

Being a TCK I also have to work on toning down a superiority complex, and a ‘slight’ sense of pride in my multicultural fluency.  I recall galloping on the back of an Arabian horse through royal tombs; have been swept up in desert sandstorms, meandered through countless religious sites, descended into six-storey underground cities, and lived in a megacity spanning two continents.

But the knife cuts both ways. I’ve spent many a Christmas or birthday without my relatives, wrestled with feelings of rootlessness, grief and an understanding of where and how I fit. I’ve faced a world marked by a very naked kind of everyday struggle, seen up close the dehumanising face of poverty, persecution, and a country terrorised by war with school buses routinely checked for bombs, malls with metal detectors and bag checks, death threats, and my Dad beaten and held at gunpoint.

I sit down at Turkish restaurants in NZ vainly hoping that the kebabs will be authentic, the bread won’t be knock-off Indian naan, and the tea will have the bittersweet taste I recall so fondly – I miss it, badly. I miss the love I was given by a country that did not need to recognize me as one of its own. I miss the challenges and thick skin that it gave me; the deep connections and rich conversations. It’s changed me irrevocably. Not only has it given me a deep love for cultures and the vibrant mine of life that each person is, but, it’s also convinced me of the need for people to continue to take the gospel to those who’ve not yet heard.

Written by Madison, a coffee-loving teen, who grew up in a middle-eastern culture of tea and neighbourhood gossip. Still feeling somewhat foreign at “home,” she’s now enjoying studies at Waikato University.