Patrick Johnstone, former editor of Operation World, once stated, “The Gangetic Plain of North India is the touchstone of our success or failure in completing the task of world evangelisation.”

How are we doing? Not that well, it seems. Operation World states India has more unreached individuals than any other nation. The four northern states through which the Ganges flows are home to 382 million people. Not one of these states is more than 1% Christian. 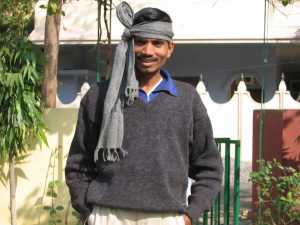 Many of the world’s least-evangelised peoples are concentrated in India. Of 159 people groups larger than one million, 84% are still unreached. Hundreds of smaller unreached people groups also exist, let alone those who make up the ever-widening Indian Diaspora.

North India is a place where inconceivable numbers live with hardship, dire poverty, and a desperate need for the gospel. Pastor Santar Singh, an ex-Sikh, highlights another need when he says, “We must redress the misconception that becoming a Christian means becoming a Westerner.”

But perhaps the greatest obstacle is the perception the task is nearly completed.  We think, “There are so many Christians now in India.  Surely they can finish the task!”  The reality remains, the need is great but the labourers are so few.

There may be many barriers to the gospel reaching the plains of India and beyond, but none are insurmountable. Indeed, more are coming to Christ than ever before, and this in the face of greater persecution.

While much of the church’s focus has been on Muslim people groups, our cry must also be, “Don’t forget the Hindus!”  There is still much to do to ensure hundreds of millions of Hindu’s have an opportunity to hear about a Jesus who truly loves them.